You really have plenty of options for fly traps that you can make at home that you don’t have to go buying them at the store. Sometimes you’re in a rush to get rid of flies fast and need some homemade fly traps because you can’t wait to catch all of the fruit flies in your kitchen, gnats outside, or horse flies in the yard.

Most DIY fly traps can be made by recycling products you have around the house or from regular household items.  Usually you just need three things to make a fly trap at home:

OK, let’s start with the easiest trap you can make at home to deal with one of the most common indoor fly infestations…the dreaded fruit fly!

This isn’t the most decorative type of fly trap, but it is effective and you most likely have these products laying around your house.

With this homemade fruit fly trap, the materials you need are a disposable cup like a red Solo cup and some plastic cling Saran wrap.  For the bait, you’ll use vinegar, preferably raw apple cider vinegar.

Fill the bottom of the cup with about an inch of the vinegar and just a drop of liquid dish soap.  You don’t want to put too much dish soap since we really want the fermenting smell from the vinegar to be the fruit fly attractant.  The purpose of the soap is to coat the wings of the fruit flies so they can’t fly away, which generally doesn’t take much to do.

Now all you have to do is tightly cover the top of the cup with the Saran wrap and tape it in place.  Poke about 10 holes into the wrap and leave it on your kitchen counter until your fruit fly problem is gone!

This is a really simple fruit fly trap you can make in under a minute.  The only thing you need is bait and a plastic bottle.  This can be any kind of plastic bottle like a 2-liter bottle of coke or just a 16-ounce water bottle.

Use scissors or a knife to cut the top of the bottle off just a little below where the bottle tapering end and you have an inch or two of straight sides.  Put about an inch of apple cider vinegar and a tiny drop of liquid soap.  Flip the top of the soda bottle over and insert it in the hole.  Voila!  You now benefited from your Diet Coke addiction.

Place this on your countertop, preferably near any fruit to draw the fruit flies away from your food.  The flies will enter through the hole in the bottle but won’t escape.  They are better at flying in the direction of smell than they are at figuring out how to escape this simple maze.

This trap uses the same principles as the soda bottle trick by funneling in the fruit flies without an escape they can find.  This is using an actual funnel you make with some paper though.

Grab a mason jar or any tall wide mouth container for this trap.  Roll up a piece of paper into the shape of a funnel and tape it in place.

For the bait, this video uses a few options:

Drop your funnel into the jar and tape it in place.  This is probably the more aesthetic looking fruit fly trap you can make for your kitchen.  If you care about the look of it, you can get crafty and decorate the jar’s outside.  It won’t affect the fly-catching abilities.

If gnats, in general, weren’t annoying enough, eye gnats are specifically attracted to your eyes and nose.  They are attracted to the proteins in your eye secretions and mucous in your nose and ears.  Luckily eye gnat traps are super easy to make.

The only ingredients this uses for the fly bait are water and an egg.

There are a lot more advanced versions of this outdoor fly trap, but this is simple to make and works really well.  You just need a milk jug and some meat.

Take an old gallon of the milk container and put a few inches of water into it.  Throw in a small piece of meat or two and close it up.  Punch a few holes large enough for flies to enter on the side of the bottle closer to the top.  Hang this up outside and you’ll see it start collecting flies in no time.

Like the video above says, the female flies lay about 4,000 eggs in her life.  So while you won’t end the world’s fly problem, you’ll at least stop those lineages of flies that could have been.

If you plan on having a BBQ or picnic outside, set these up around your party.  They’ll draw in the flies so you have less swarming around your cheeseburger.

Nothing destroys a nice stroll outdoors more than getting bitten by a swarm of deer flies.  While you can’t eradicate all deer flies from the area, you can make a trap that keeps the flies from attacking you. Warning – you may look a little silly with this.

To make this trap you’ll need a bright blue hard hat and an insect trap adhesive/coating.  If you already have a hard hat that isn’t blue or you want a cheaper option you can always paint another hard hat bright blue.

All you really need to do is coat the outside of the hard hat in the trap adhesive.  For the bait, well you’re the bait technically.  Deer flies will pick up your scent and head in your direction, but if you’re wearing this hard hat deer fly trap they’ll be attracted to the bright blue color and land on the hat.  Once they land on the hat they’ll be stuck there for good.

Wear the hat trap any time you’re walking around outside during deer fly season.  You can also leave the hat outside to catch deer flies round the clock.  Again, you won’t get rid of the deer flies completely, but you’ll at least be able to lessen the odds you’ll get bitten by catching more. 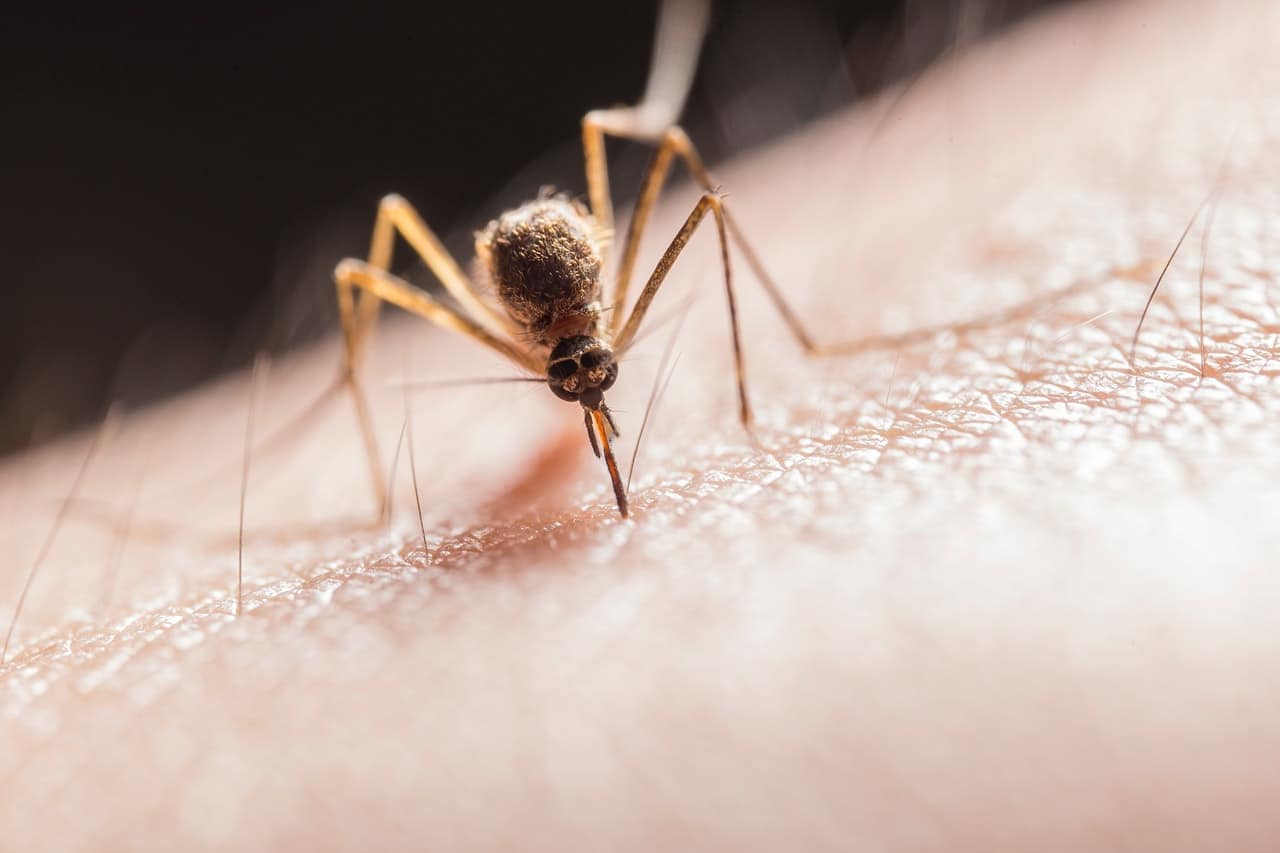 How to Keep Mosquitos Away

Photo by Jimmy Chan from Pexels A single mosquito can immediately ruin a great day outdoors or a restful night in your bedroom.  A swarm of mosquitos is enough to give you nightmares… 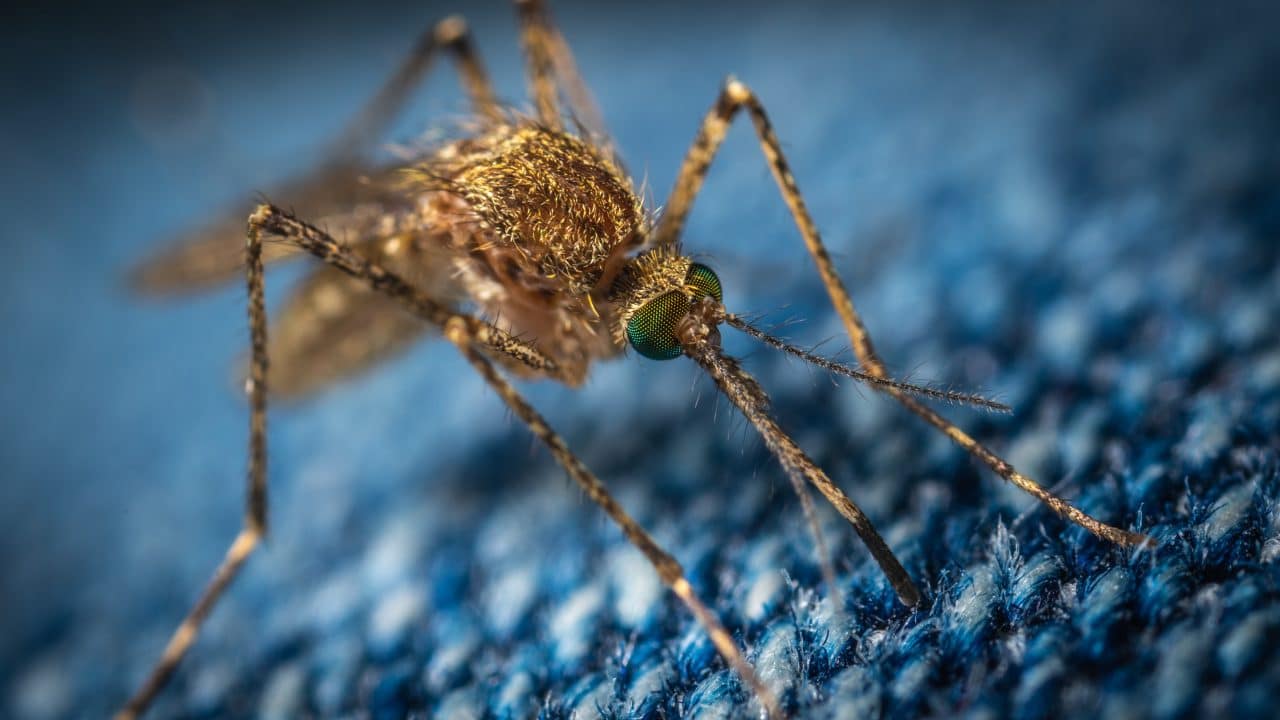 All You Never Wanted to Know about Mosquito Bites I honestly cannot think of another pest I hate more than pesky mosquitoes. Sure, gnats annoy you and mice eat your… 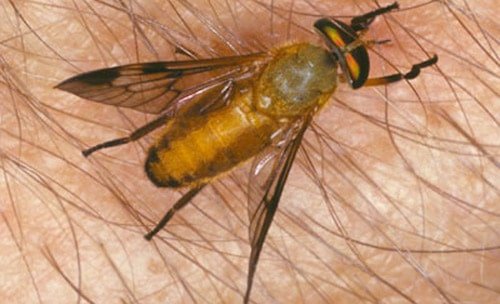 How to Get Rid of Yellow Flies

If there was one thing I hated about living in Florida, it was the abundance of yellow flies that I encountered.  I spent plenty of days figuring out how to…

Where do Bed Bugs Lay Eggs?

If you have a bed bug infestation, killing all of the living bed bugs you have won’t stop the spread of these bloodsucking pests that easily.  You’ll need to look… 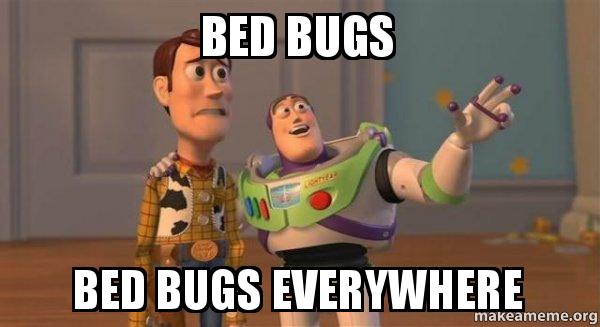 How to Get Rid of Bed Bugs Naturally?

Bed bugs are generally not a dangerous insect.  Their bites usually just cause itchiness and rashes, which is reason enough to want them gone fast.  It’s important to first try…

Let’s explore some homemade gnat repellents and traps, to eliminate gnats, wherever they are, and whenever they are around. Gnats are known as “nuisance pests”, meaning that they don’t pose…